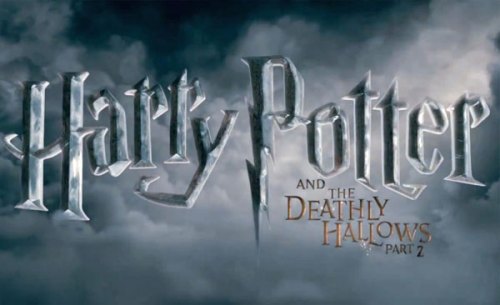 So, after more than 1,048 mostly tedious minutes, the boy wizard, Harry Potter, finally comes face to face with his arch nemesis, Lord Voldemort, in this epic final volume of the Harry Potter series. Better than the previous seven films by a considerable distance (not that that is much of a feat), Harry Potter & The Deathly Hallows: Part II reaches all expectations in predictable fashion.

But the journey to locate the Horcruxes – not to mention battling it out with the fearsome villains – is fraught with perils. All will end where it began for the staff and pupils of Hogwarts: the school itself. What cost will Harry have to pay for finishing the task set for him by his deceased tutor, Albus Dumbledore (Michael Gambon – Harry Potter III-VII(i), Ali G Indahouse, The King’s Speech)?

Unlike Part I, the plot for Part II moves at a decent pace without being intense. (Although, one is subconsciously urging the film to quicken so he/she can see how the final duel plays out.) There are flaws in the storyline; however, it would be unfair to criticise director David Yates (Harry Potter III-VII(i)) for these because he has a duty to accurately follow the book, written by JK Rowling, that the film is based upon. Indeed, Yates would have been chastised if he had dared not kept to the book almost to the letter.

Whilst the plot cannot be criticised, the acting certainly can. Once again, the majority of the cast flatter to deceive. One can clearly see that the position for Hogwarts, besieged by Voldemort and the Death Eaters, is dire for much of the movie. But because the acting is by Radcliffe, Watson and Grint is so poor it is hard to empathise with the situation. (The lack of a moving music score does not help either.) Moreover, if Harry’s return to Hogwarts was supposed to inspire hope in the beleaguered school’s pupils and staff, Radcliffe fails miserably to achieve this. (If one thinks back to how well the actors portray the desperate situations in The Two Towers and The Return of the King – parts II & III of The Lord of the Rings series, – or how much confidence Aragorn, played by Viggo Mortensen, arouses in the peoples of Rohan and Gondor just by his presence, it becomes embarrassing to compare the acting by the cast of those two films to that of Harry Potter & The Deathly Hallows: Part II.) And what’s with those spontaneous kisses in the midst of combat? Viewing such kisses was awful and cringe-worthy in Pirates of the Caribbean III: At World’s End, and (unsurprisingly) watching them here was just as awful and cringe-worthy. Yates must have been aware of this, so why did he do it? Surely, there were better places to stick in the smooches than at a time when someone’s head could have been zapped into oblivion?

Voldemort and Harry battling it out one last time with their wands in the ruins of Hogwarts.

Nonetheless, the acting was never going to be the most important aspect of Part II. The success of the film was always going to hinge on the CGI and the final duel between Harry and Voldemort. Neither of these let the viewers down and are highly impressive. What’s more, the 3D adds considerably to the spectacle.

So, the Harry Potter series concludes with aplomb. If the acting by the protagonists would have been better, Harry Potter & The Deathly Hallows: Part II may have rivalled The Return of the King. Still though, in Part II, one is treated to a feast of CGI as well as an epic duel that ensures eyes remain glued to the screen. Harry Potter fans and non-fans alike have waited ten years for Harry to face Voldemort. Few will go home disappointed. Finales do not often end on such a high.

Posted in Action, Book based, Fantasy 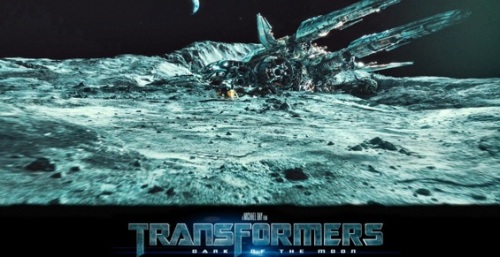 In a recent Daily Mail article, Brian Clark Howard accuses Transformers director, Michael Bay (Transformers I & II, Armageddon, The Rock), of using footage from his previous films, Pearl Harbour and The Island, in the latest Transformers movie. Of course, Transformers III: Dark of the Moon is not entirely made of recycled parts of other films. Then again, whilst watching the last volume of the Transformers saga (although, one can never rule out a fourth instalment these days), one does get the impression that he/she has seen it all before, much to the film’s detriment.

Optimus Prime (voiced by Peter Cullen), the leader of the Autobots, fighting to defend the city of Chicago from the Decepticons.

Dark of the Moon begins with America launching the first shuttle into space in 1961, and continues with the first man landing on the moon in 1969. It is on the moon that a party of astronauts discover the ruins of a lost Autobot space shuttle, called the Ark. Inside the remains of the Ark are the Pillars, energy fuel in a cylindrical containing the power to open a bridge to Cybertron, the Transformers’ lost-world; and Sentinel Prime (voiced by Leonard Nimoy – Star Trek), the lost leader of the Autobots.

After finding out about the mission, Optimus Prime (voiced by Peter Cullen – Transfomers I & II), the leader of the Autobots in the absence of Sentinel, leads an expedition to rescue his wise master. Only Sentinel understands how to manipulate the Pillars to forge the bridge between Earth and Cybertron. (The bridge can travel through time too.) Optimus hopes to use Sentinel to bring good to Earth and, perhaps, force the victorious Decepticons out of Cybertron. However, Megatron (voiced by Hugo Weaving – The Matrix I-III, Lord of the Rings Trilogy, The Hobbit I), the leader of the Decepticons, has other ideas. He intends to use Sentinel to his own advantage.

Meanwhile, Sam Whitwicky (Shia Labeouf – Transformers I & II, Disturbia, Fury) has finished college and is unemployed. As he looks for a job, he finds himself embroiled once more in the war between the good Autobots and the evil Decepticons.

A mean-looking Decepticon flying through Chicago as the bridge to Cybertron is being activated.

Whilst the film’s plot may appear decent, the pace is slow and quite dull. It is strange to think that a film with loud booms, explosions and a super-gorgeous girl would be tedious. But Transformers III is tedious! That the storyline loses its way less than half way through the film (some would say twenty minutes) and the movie is two and a half hours long, may have something to do with it.

But what is more surprising is that the film’s second-half descent into a chaotic over-indulgence of action and destruction seems quite ordinary. The music is epic and up-lifting, and the CGI is undoubtedly awesome. Yet, those are things that viewers of Transformers III have heard and seen in volumes I & II. (In addition, the mass assault of the Decepticons upon the city of Chicago looks like scenes from the recent far-from-spectacular alien invasion movies, Battle: Los Angeles and Skyline.)

Nevertheless, the action scenes in Dark of the Moon have not been done well at all. The scenes are badly choreographed and don’t follow on from one another, leaving gaping holes in the storyline. (How Steven Spielberg, one of the film’s executive producers, did not notice this is remarkable.)

The structure of the film is not the worst part of Dark of the Moon by a long stretch. That award goes to, once again in the Transformers saga, the dialogue and the acting. The former is laughably appalling and the latter, almost as a consequence, is pathetic. If a brilliant actor like John Malkovich is made to look poor (and he did not even achieve such a feat in the disaster movie Eragon), then there is virtually no hope for the rest of the cast, such as Shia Leboeuf and Megan Fox’s replacement, Rosie Huntigton-Whiteley. (And yes, Bay can’t help but take a not-so-subtle swipe at Fox for comparing him to Hitler.)

So Dark of the Moon has dreadful acting and dialogue; the same old war between the Autobots and the Decepticons, and the usual inspiring music to go with it; as well as exceptional CGI. Does that mean one has seen it all before in the Transformers franchise? The tedium would suggest so, but with one difference: a sexy brunette bimbo has been replaced by a sexy blonde bimbo.