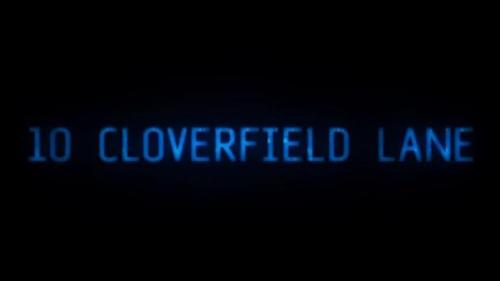 2008’s Cloverfield was a torturous watch. It was an alleged horror film in the found footage genre. It centred round some vain and irritating young adults, running around and screaming through New York City, trying to avoid being killed by a Godzilla-like monster and his small killer minions. 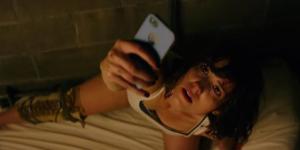 Michelle (Mary Elizabeth Winstead) looking for reception upon waking up to find herself locked in a bunker with her leg in a brace.

Well, fast forward eight years and we have a (sort of) sequel in the form of 10 Cloverfield Lane (even though it has little to do with the original movie other than in title). The film begins with Michelle (Mary Elizabeth Winstead) leaving her fiancée. She is driving at night when her car is smashed into and sent tumbling. She wakes up to find herself in a bunker with her leg in a brace.

Howard (John Goodman) claims to have saved her. Yet, when Michelle asks to leave, Howard states that she can’t. He says that aliens have invaded the planet and that if she goes outside, she will die. Michelle does not believe him. She wants to get out and suspects that Howard has ulterior motives for keeping her down in the bunker…

10 Cloverfield Lane is a terrifying and tense film. Like with Room, the premise for 10 Cloverfield Lane is entirely realistic. Anyone could be involved in a horrific car crash and wake up to find themselves having been abducted by someone claiming to be their saviour. One can empathise with the claustrophobic predicament that befalls our main protagonist, Michelle, and we understand her motives and her fears implicitly. 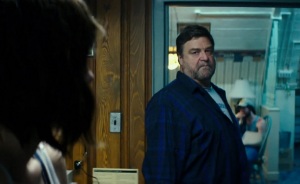 Howard (John Goodman) staring at Michelle, warning her not to go into his room or to push her luck.

It helps that Michelle is a fully round, three-dimensional character. She is deeply flawed and has behaved in illogical ways (as she elucidates upon during the film), but uses her intelligence to deal with the horrifying situation she finds herself in. It is entirely believable and one must praise Mary Elizabeth Winstead for playing the role so well.

Equally, one must praise John Goodman. Normally, he plays funny roles akin to Baloo, the big cuddly bear from The Jungle Book. But here he is frightening, more akin to the grizzly bear that attacked Leonardo DiCaprio in The Revenant. Part of the reason Goodman is so scary is because he is usually so funny. Laughter and fear are not emotionally far apart and one feels just how close they are throughout 10 Cloverfield Lane. But, during the film, one wonders (along with our protagonist) if Goodman/Howard is right: have aliens taken over Earth, as he claims? Or is Howard just a mad psychopath who enjoys abducting people, with a penchant for young-looking girls? The latter question adds a chilling quality to the film.

For all of this, director Dan Trachtenberg must be commended. This is his debut feature film and he has put together a really good piece of work. His directing is really decent (note: he does not adopt the shaky camera of the first film) and it will be interesting to see what he does next. 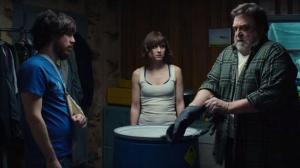 Howard believes that there is a traitor among them, so brings out some highly corrosive substance to tacitly threaten Michelle and another captive, Emmett (John Gallagher Jr).

In saying that, 10 Cloverfield Lane is not without faults. One, Michelle has a chance to escape (as is shown in the trailer) but chooses to stay in the bunker (presumably, otherwise the film’s 103-minute run time would have been halved). And, two, the ending is problematical. It makes complete sense in the context of the Cloverfield series, but it poses some very awkward and dangerous questions. (Alas, I cannot go into detail about this as it would spoil the last scenes.)

All-in-all, 10 Cloverfield Lane is an unnerving and truly terrifying film. Its premise is utterly plausible and the claustrophobic nature of the setting ramps up the tension. The acting is also really good, not least from Mary Elizabeth Winstead and the unusually frightening John Goodman. Yes, 10 Cloverfield Lane has its issues, particularly the ending. But as far as debut features go, Dan Trachtenberg has made a really impressive introduction to directing. In the main, his film is the epitome of what a horror movie should be like to experience.